Have you had enough of icy roads and stormy weather this winter? I know I have. When you have a good day with easy travel to get to the library, you might want to stock up on some of the latest novels so you’re prepared if you get stuck at home again. Even better, order online or over the phone from home, and have the books you want ready for you to pick up at the library’s front desk when you’re running your errands. 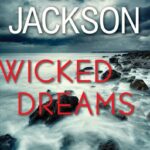 One of Litchfield Library’s newest books is Wicked Dreams, which was published in the final few days of 2022. Lisa Jackson’s thrillers are always bestsellers. She and Nancy Bush co-write the Wicked series about a group of women called The Colony. These women with special gifts live in an isolated lodge named Siren Song on the Oregon coast between the mountains and the ocean. A woman who has left the group to become a private investigator becomes a murder suspect when a body is found on the beach with a note containing her name. 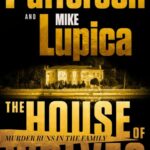 Speaking of bestselling authors, James Patterson is still going strong. His latest, The House of Wolves, was published January 9th. In this thriller written with Mike Lupica, a 36-year-old former teacher named Jenny Wolf inherits control of her family’s billion-dollar empire when her father dies. This ruthless family is compared to the Duttons of the TV series Yellowstone and the Roys of the series Succession. Jenny learns to run a powerful California newspaper and a professional football team – while trying to solve her father’s murder. 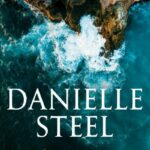 Danielle Steel has been writing bestsellers since the ‘80s, and that’s still true for every book she publishes. Her latest novel, Without a Trace, was published earlier this month. A wealthy man in a loveless marriage and a meaningless job falls asleep at the wheel and plunges off a cliff on the coast of Normandy. He survives and makes it to a cabin where a woman nurses him back to health. He forms an instant connection with her and realizes he could let the world believe he died and start a new life. 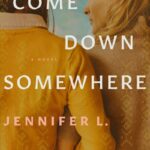 Come Down Somewhere by Jennifer L. Wright is a new Christian historical novel set during World War II in New Mexico. The family ranch where a teenage girl has lived her entire life is seized by the government for construction of a new top-secret army base. In her new town, she meets a potential friend, only to learn that the girl’s father is in charge of the new base. This story of young friendship and the history of the Trinity nuclear bomb test is described as touching and complicated. 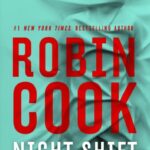 Night Shift is the newest novel in Robin Cook’s Jack Stapleton and Laurie Montgomery series. In this medical mystery-thriller, a longtime friend of Laurie’s dies mysteriously. Forensic pathologist Jack conducts the autopsy and then investigates on his own when it’s inconclusive, leading to a dangerous matchup with a serial killer. 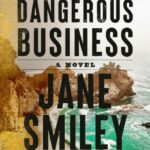 Jane Smiley is well-known as the Pulitzer Prize-winning author of A Thousand Acres and other highly respected literary novels. Her latest, A Dangerous Business, sounds like a good time. A reviewer at The Washington Post describes it as a blend of a Western, a serial-killer mystery, and a story about life in a brothel. Inspired by their reading of Edgar Allen Poe’s detective novels, two young prostitutes in Gold Rush California investigate the deaths of young women whose bodies are being found outside of town.

Other brand-new novels in the Litchfield Library collection include Ruby Fever, a paranormal romance by Ilona Andrews; Her Hidden Genius, a historical novel about a scientist by Marie Benedict; and Tom Clancy Red Winter, the latest Jack Ryan thriller by Marc Cameron.

Whenever the weather cooperates, pick up some books to make the best of the winter. You’ll be ready to curl up under a blanket and read the next time we have a snowy day. 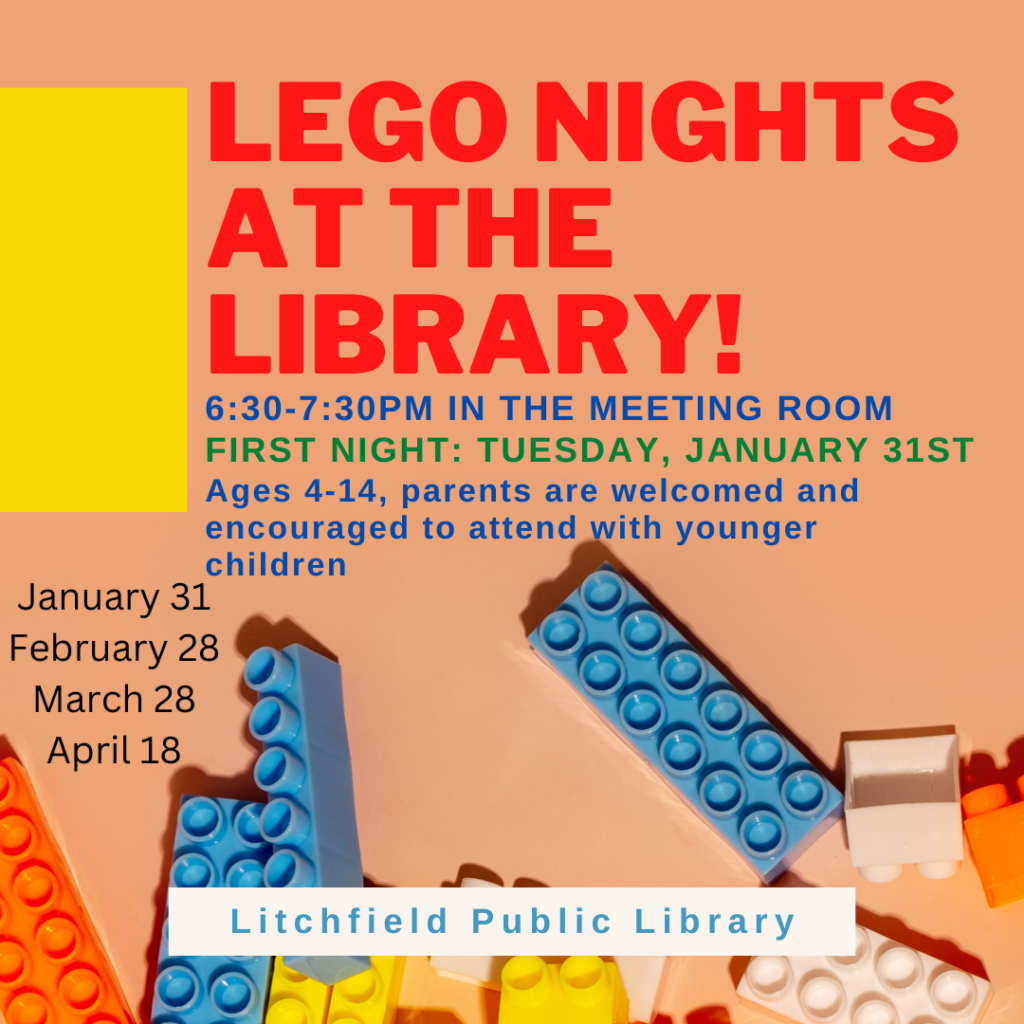 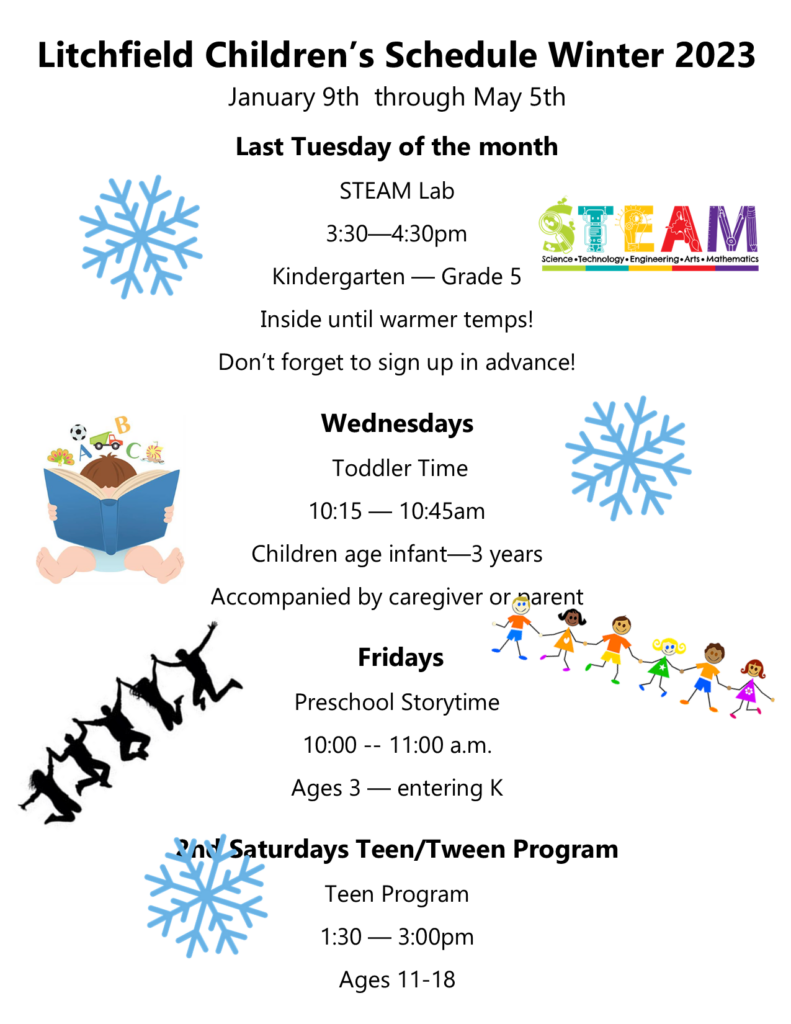 The most checked-out items in Pioneerland Library System in 2022:

Lightning Strike by William Kent Krueger
Run, Rose, Run by Dolly Parton and James Patterson
The Investigator by John Sandford
Shadows Reel by C.J. Box
One Step Too Far by Lisa Gardner
Wish You Were Here by Jodi Picoult
The Four Winds by Kristin Hannah
Where the Crawdads Sing by Delia Owens
Fox Creek by William Kent Krueger
What Happened to the Bennetts by Lisa Scottoline

If You Lived Here You’d Be Home By Now by Christopher Ingraham
The Defense Lawyer: The Barry Slotnick Story by James Patterson and Benjamin Wallace
ER Nurses: True Stories from America’s Greatest Unsung Heroes by James Patterson and Matt Eversmann
Killing the Killers: The Secret War Against Terrorists by Bill O’Reilly and Martin Dugard
The Pioneer Woman Cooks: Super Easy!: 120 Shortcut Recipes for Dinners, Desserts, and More by Ree Drummond
James Patterson by James Patterson: The Stories of My Life by James Patterson
Atomic Habits: Tiny Changes, Remarkable Results by James Clear
The Boys: A Memoir of Hollywood and Family by Ron Howard and Clint Howard
Unmasked: My Life Solving America’s Cold Cases by Paul Holes with Robin Gaby Fisher
Atlas of the Heart: Mapping Meaningful Connection and the Language of Human Experience by Brené Brown

A Court of Thorns and Roses by Sarah J. Maas
The Inheritance Games by Jennifer Lynn Barnes
The Book Thief by Markus Zusak
One of Us is Lying by Karen M. McManus
Firekeeper’s Daughter by Angeline Boulley
I Must Betray You by Ruta Sepetys
One Piece by Eiichiro Oda
It’s Not Summer Without You by Jenny Han
The Summer I Turned Pretty by Jenny Han
A Good Girl’s Guide to Murder by Holly Jackson 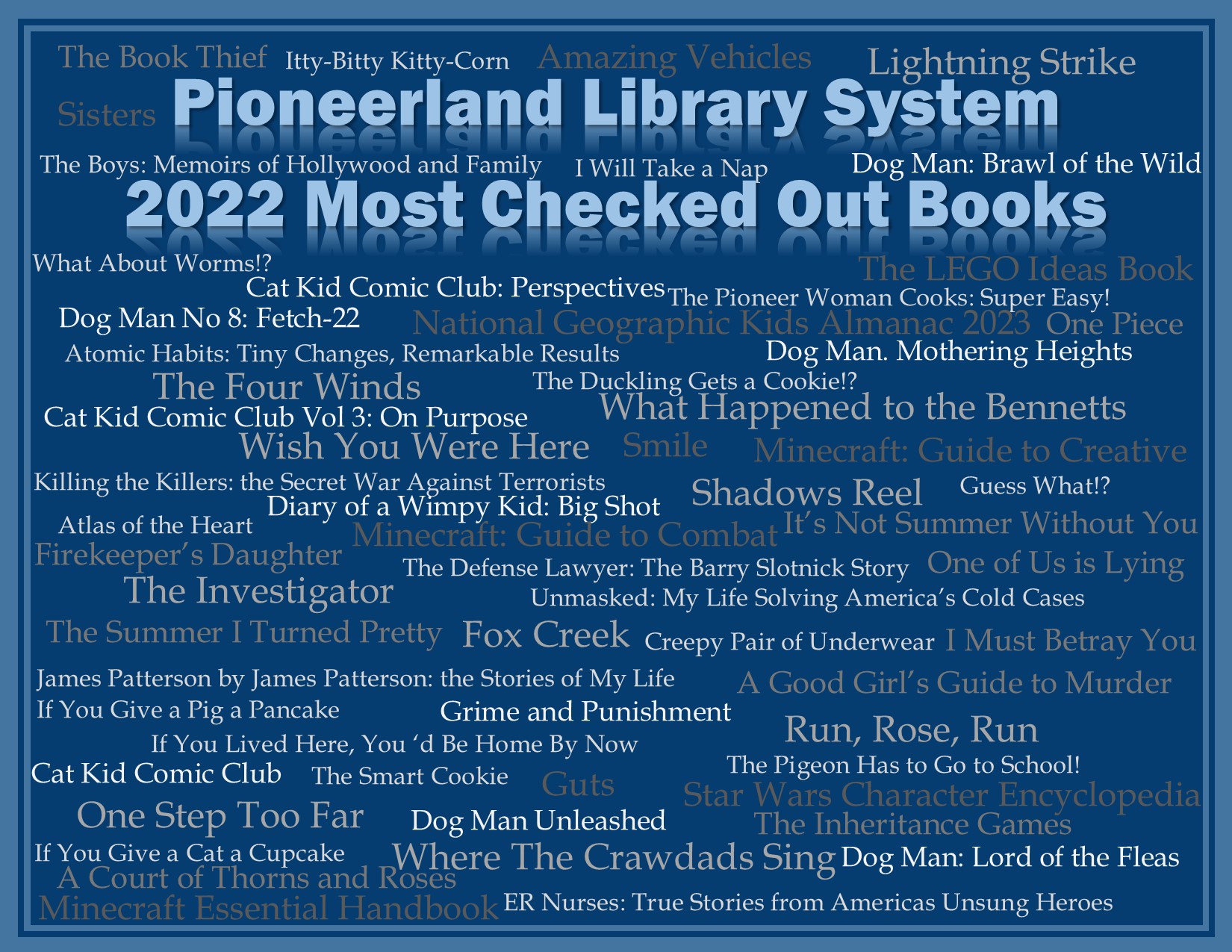 When you sign up at the library, you’ll get a book bag and a reading log. Read 3 books between the day you sign up and March 15, write down their titles and rate them 1-5 stars, and bring your reading log in to claim a prize. Read 3 more, and you can claim an additional prize — plus you’ll be entered in a drawing for local business gift certificates, sponsored by the Friends of the Litchfield Library.

Prize choices this year are a mug, a water bottle, a book light, a car ice scraper, a bag clip, and a large candy bar, while supplies last.

You can sign up as late as early March, but the sooner you sign up, the more time you’ll have to meet your goal.

You can read library books or your own copies, fiction or nonfiction, print books, audiobooks, or ebooks.

If you would like to participate through curbside delivery, you can! Call the library at 320-693-2483 to let us know you want to sign up or that you’ve dropped off your reading log in the bookdrop, and we’ll bring your materials out to you. 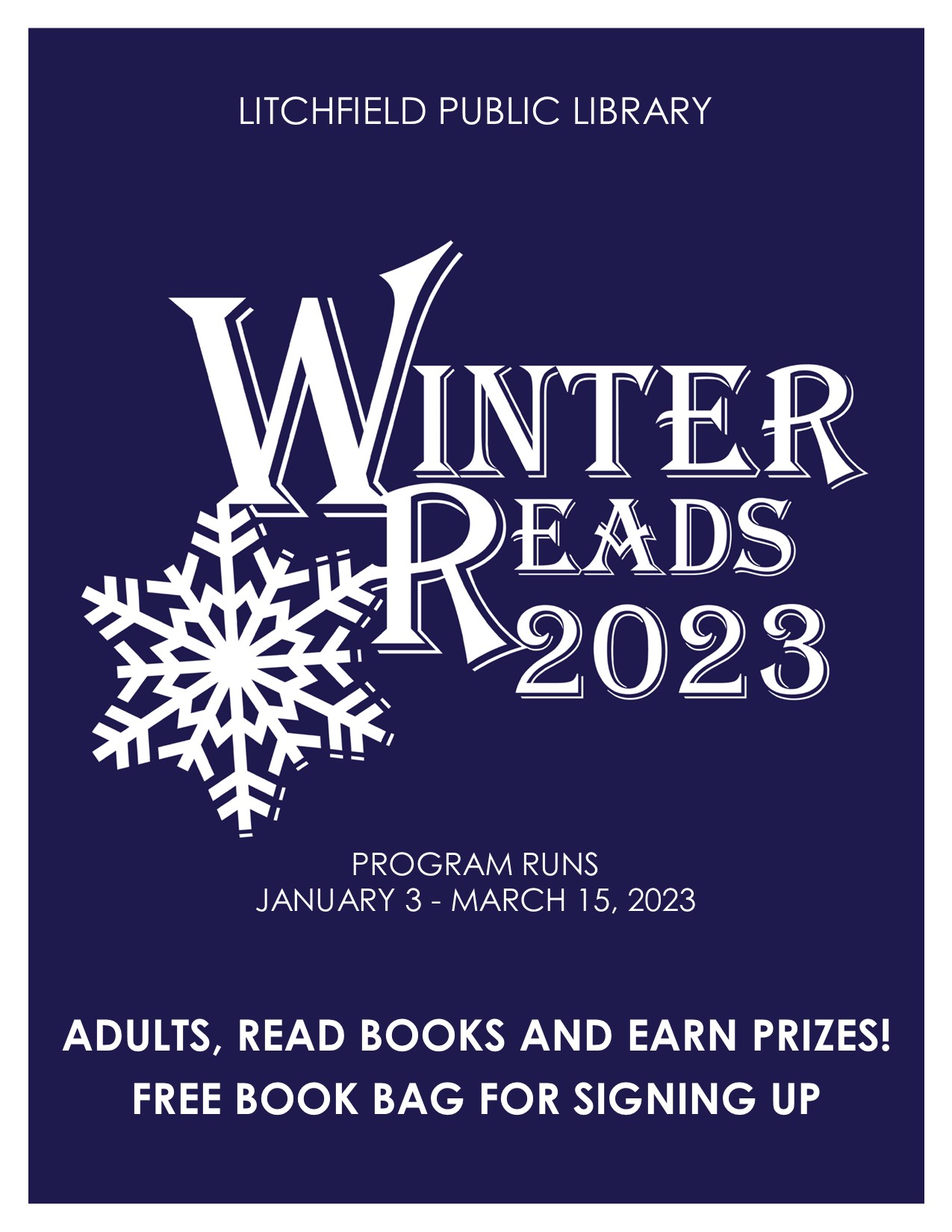 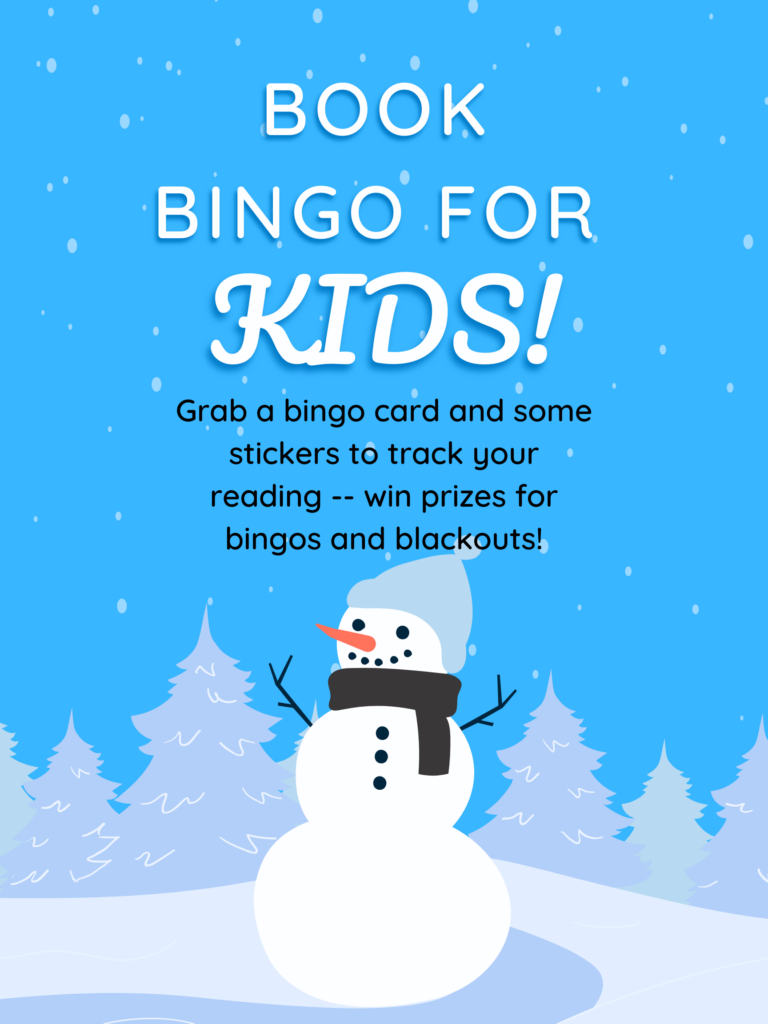 The three 2023 Friends of the Litchfield Library book sales will take place in the library’s meeting room on these dates:

Litchfield Library is not currently putting the curbside table outside the front doors, but curbside service will be available indefinitely. Call the library at the number on the sign, 320-693-2483, if you’d like your materials brought outside. Have your library card number ready.

Library staff can hand your bag of library materials to you on the sidewalk or bring it to your vehicle in the parking lot or in front of the library. Let us know where you’d like us to bring it when you call.

Curbside service may be useful if you have mobility issues or a sleeping child in the car, or because of illness.