It is officially pumpkin season. Pumpkins are the favorite autumnal decorations and with some added spice, one of the favorite tastes of the season as well.  Pumpkins are so popular in the United States that they have their own special day. National Pumpkin Day is celebrated on October 26th.

Here are some fun facts about pumpkins:

Reading books about pumpkins is another great way to get into the pumpkin season. Here are some fun children’s books featuring pumpkins that can be found at the Litchfield Public Library.

“We’re Going on a Pumpkin Hunt” by Mary Hogan Wilcox– A group of children set out at night to find the largest pumpkin. Along the way they encounter a scary Jack-o-lantern and overcome their fears to return home for pumpkin pie.

“Pumpkin day!” by Candice Ransom– In this easy-reader picture book, a boy and his family visit a pumpkin patch where they ride on a cart, see farm animals and pick out the perfect pumpkin.

“Froggy Picks a Pumpkin” by Jonathan London– Froggy goes to the pumpkin patch with his class and has an adventure picking out a contest-winning pumpkin.

Check out the pumpkin-themed storytime video posted on the Litchfield Library’s website, https://www.litchfield.lib.mn.us/kids-services/.  OR directly from YouTube at https://youtu.be/bJt5FXYwuCY.

Until next time, happy reading! 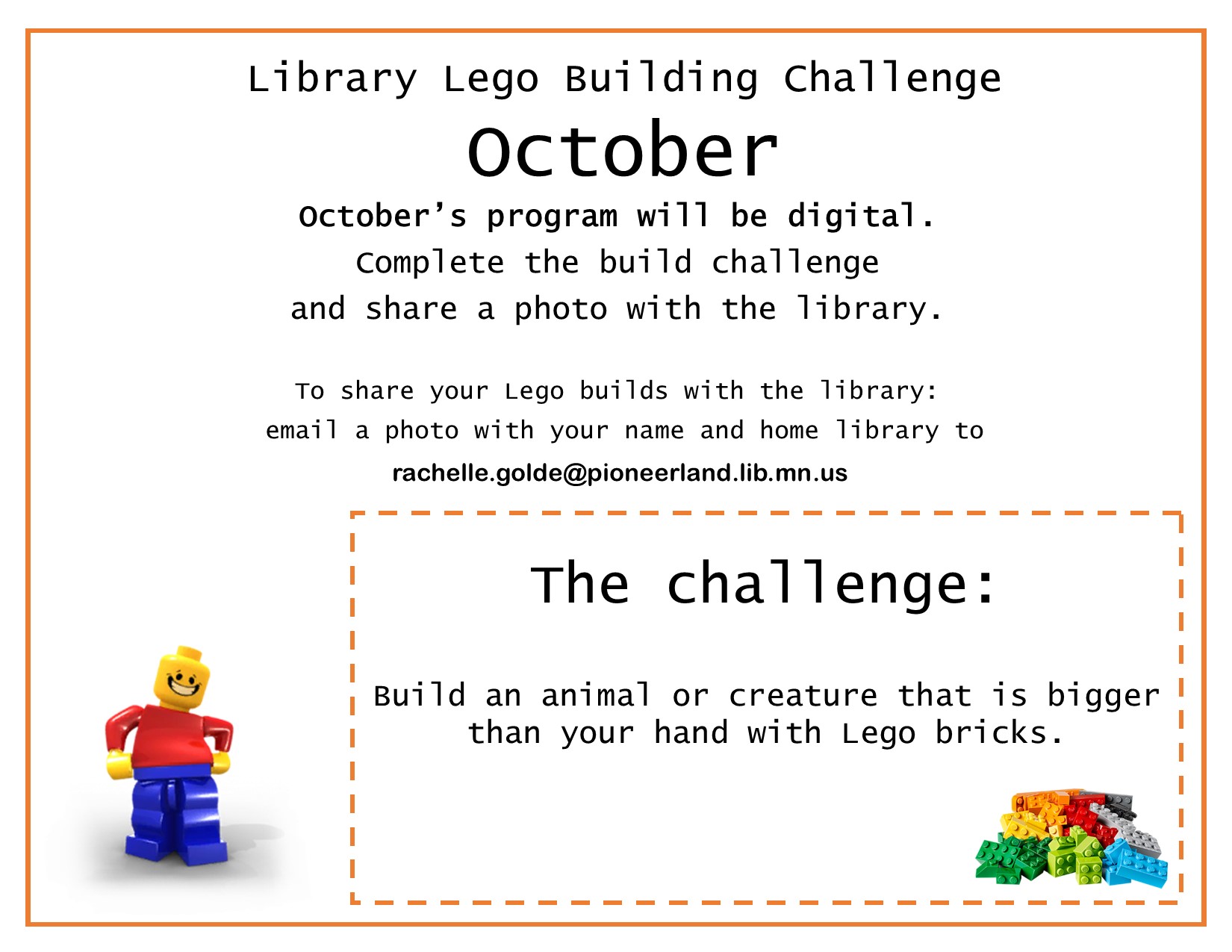 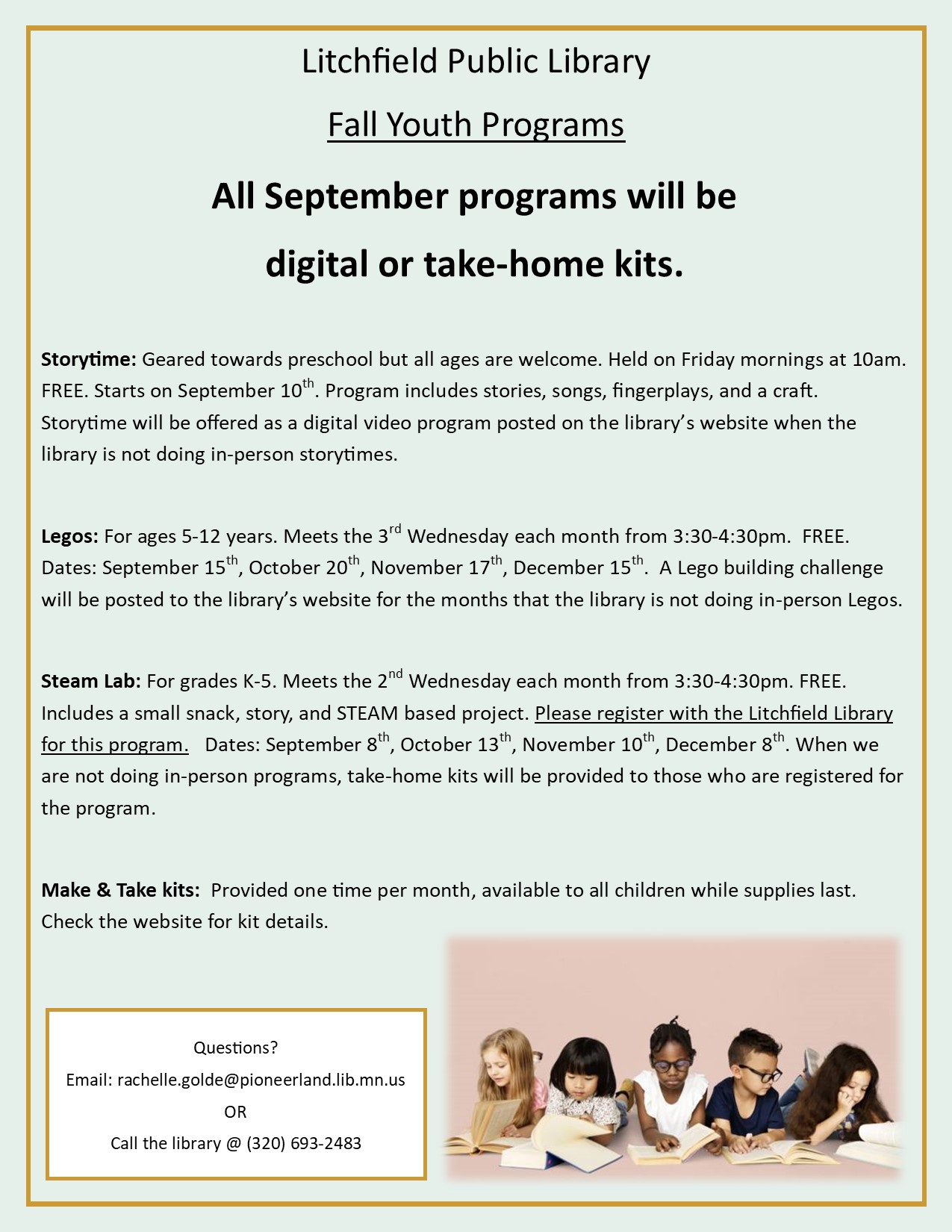